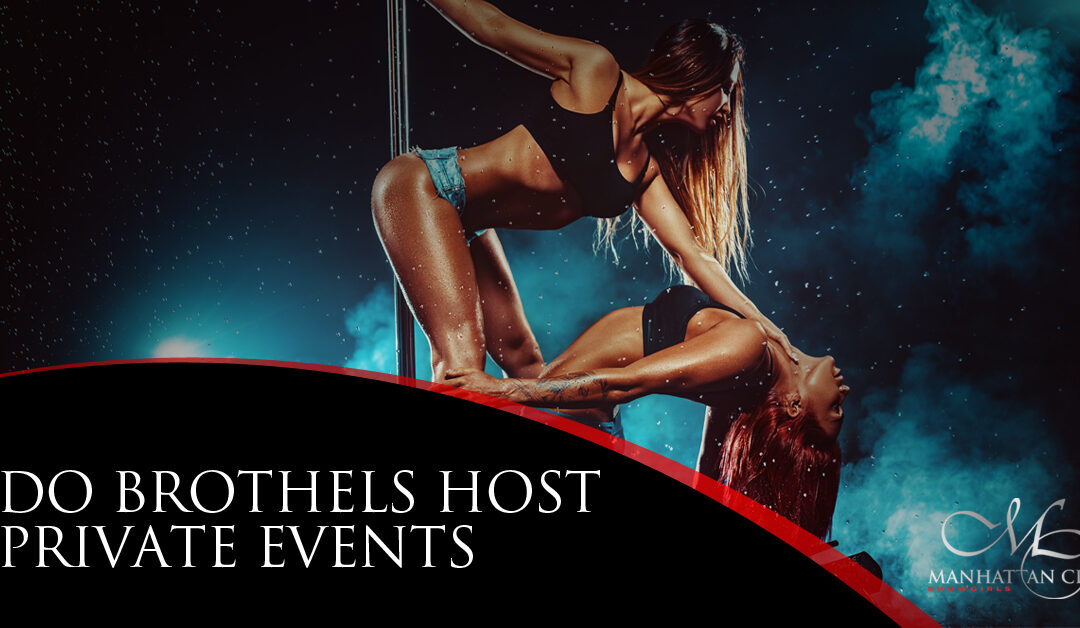 Akin to the Hilton Hotel maintaining a private ballroom to host private functions and events, a brothel can hold gatherings such as a corporate function or celebratory party if it has the facilities and if it is licensed to do so.

Generally though, rather than hosting a private event within the establishment, a brothel will provide the services of escorts who can attend a large event gathering at an external venue.

High powered executives and CEOs will often search the online directory or sex guide of a premiere Escort Agency Gold Coast or Gold Coast Brothel like Le Penthouse Suite. Here they will look to retain the services of a host of glamorous honeys from the agency or brothel’s list of Gold Coast Escorts.

They will then invite these Escorts to attend a gala event or business presentation at a discreet and private venue.

A visiting celebrity might also acquire the services of a brothel to host an event with a complement of stunning Gold Coast Escorts to boost reputations.

There is nothing more glamorous or exciting than being at an event where elegantly gorgeous girls, dressed in body-hugging and beautiful dresses.

With their hair dressed up in stunning fashion, and holding glasses of champagne are entertaining clientele who are already planning how to reserve some private time with the sweetheart he’s just fallen head over heels for.

Gold Coast Escorts are geared for gatherings that turn just a little risque when graced by the presence of these sophisticated honeys.

Bear in mind though, Swingers Clubs or Strip Clubs on the Gold Coast are also governed by strict legislation that maintains that the establishment must have separate rooms for risqué encounters distinct from the general play area.

Nudity and sex must still occur in private while the intimate mingling with Escorts, lustful members, and lusty babes usually occur in a larger space with a modicum of restraint.

Those gorgeous Gold Coast Escorts that provide entertainment at elite brothels such as Le Penthouse Suite, might also attend a Swingers Party at the affiliated The Manhattan Club.

So if several of the most beautiful Gold Coast Escorts have caught your lascivious attention, and you don’t know which one to choose, then you could always seek membership at a venue like The Manhattan Club.

Here you will find yourself in a tastefully tantalising tryst with two or more Escort beauties from the affiliated brothel, Le Penthouse Suite.

As a glorious tourist destination, the Gold Coast is known for hosting events that range from the recent Commonwealth Games to the Indy 500 Grand Prix, to World Comic-Con.

All these lavish gatherings set the scene for a multitude of functions that licensed brothels and Swingers Clubs are more than happy to host.

Feminine beauty always elevate a celebratory party or art-house gala into the realms of glamour and glitz.

Elite brothels like Le Penthouse Suite are the places to find the most gorgeous girls who don the roles of Gold Coast Escorts ready to play hostesses with the singular pleasure principle and purpose in mind.