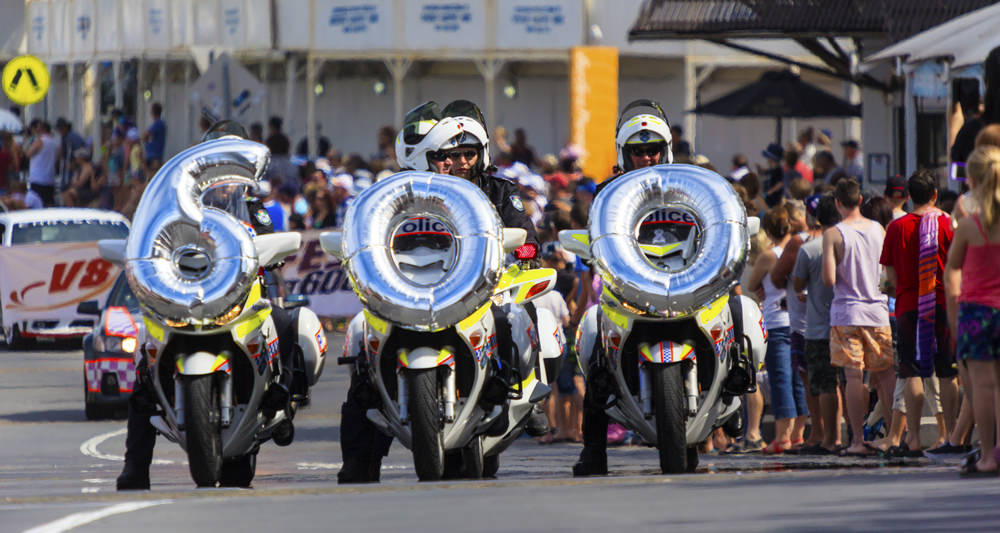 The Gold Coast begins to tremble in excited anticipation welcoming the annual October thunder of the Gold Coast 600 V8 Championship Race set to burn up the 2.96 km Surfers Paradise street circuit this Friday the 19th to Sunday the 21st. And Le Penthouse Suite with it’s sizzling hot cadre of high class escort companions is ready to add its own unique first class flavour, beauty and style to the event; as we reflect on the highs and lows that have seen the event change and change again, yet always returning to this Gold Coast destination for party-goers, elite race car enthusiasts, and lovers of gorgeous girls.

The evolution of the Gold Coast 600 traces a dramatic history from its emergence as the new lead Championship race event for the Gold Coast in 2009, being the successor to the initial Gold Coast Indy 300 event which first began in 1991. Political mishandling by the 2009 Labor Premiere Anna Bligh tragically lost the Indy event and added insult to injury by handing over hundreds and thousands of dollars to secure a UK A1GP race event in 2009 to replace it, that had gone into bankruptcy before even setting out for our Glitter Strip Capital. The V8 Supercars Championship Race stepped in that year to rescue event organisers and a shame-faced Labor government; and from there the million dollar money-spinner rose from strength to strength to this current 2018 incarnation as the Gold Coast 600 Super V8’s Championship Race as sponsored by Vodaphone.

The decades long event wasn’t just about fast cars but was also about faster women with the introduction of boob-flashing by an unknown brunette sweetheart showing her breasts from the Quarterdeck balcony in Surfers Paradise. Thus began a yearly tradition of gorgeous girls baring their beautiful boobs to passersby on the pavement and to any who could get a glimpse of the erotic revelry. These balcony antics attracted much attention from the public, from overseas news, and even from an Air Force Iroquois Helicopter crew who infamously displayed a sign that read “Show us your t**s!” and were reprimanded for doing so.

Much to the ire of a large number of residents, the event turned the Gold Coast into a party-central destination with weekend long nude parties in two-bedroom high rise apartments, strippers and celebrities run amok, sizzling hot race track girls, supermodels, rock stars and billionaire business men getting the rock on.

Event organisers urged by a recalcitrant government have tried to make the event more family-friendly to the extent of banning the famous V-8 burnouts and balcony boob-flashing, and now the government have seemingly banned race track girls with all their beauty and 30 year history. Gold Coast honeys and night-club owners have rebelled stating that they will have topless waitresses in some venues.

Scantily clad models of stunning attractiveness have always been a feature of any major Championship Race Car event and if the government have wanted to tone down the public image of fast cars and smoking hot women, in their short-sighted political correctness, then Le Penthouse Suite’s list of gorgeous escort companions are available to make up the short-fall.

This year, 2017 Winners Scott McLauglin and Alexandre Premat of DJR Penske, driving their supercar Ford FXG Falcon will be back to defend their titles against a line-up of heavy-weight V8 Supercar Drivers and their high-powered machines. Miss Supercar will be crowned on Sunday with last year’s winner Sophie Budack, an Olympic Gymnast qualifier handing the title over to the next Gold Coast 600 babe of the year.

Why not have your own Gold Coast 600 V8 sweetheart accompany you this heated-up weekend, all set to sizzle your lust with the looks and the moves, the class and the style, and the taste of the 2018 Gold Coast 600. Le Penthouse Suite’s high class beauties are ready to rumble your machine just as the V8 Supercar Drivers rumble theirs. After a day reverberating in the thunder of V8 horse-power, why not set a course for Le Penthouse Suite, and enjoy the pleasure and company of a high class honey, either at our elite bordello or with an outcall rendezvous with the escort babe of your choice.

Set yourself into high gear for the party of the year.